4 replies to this topic

The 120 never took off. Every coral I would add died. Parameters always tested spot on. Had an on going cycle of Dino's, then cyano and hair algae. When the last 2 appeared the Dino's went away. A vicious cycle that never ended.

Got so fed up with it, I removed the clowns, the rock with the anemone and put them in my 20g QT. The anemone hasn't left the rock at all so far...stubborn flatworm.

Tore the tank down, and removed the sand. A picture speaks a thousand words. 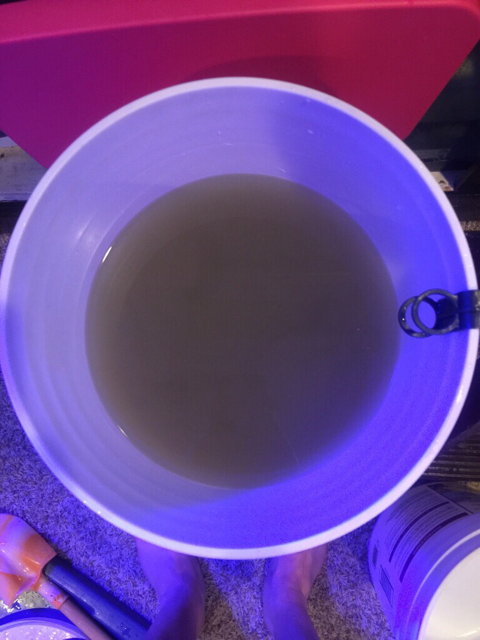 This is just a small sample. Was flat disgusting. I am fairly certain this was causing most of the issues.

The new plan was to go barebottom and eliminate a variable. Also, slowly dive into sps. With my gyre pumps attached to the apex, and now barebottom, the setup is built for sps.

Tank is still Cycling, end of week 2. Ammonia has read 0 for a few days but nitrite is well over 2ppm. Just waiting for that to drop.

The plan is predominantly sps but with a zoanthid garden covering the bottom and maybe a trachiphyllia in a corner where the PAR is 70ish. We will see though.

What I have in mind will look great if I can pull it off.

Some pics of the tear down: 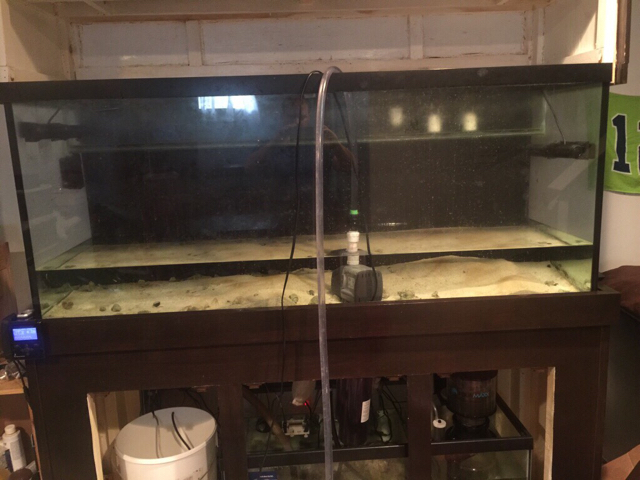 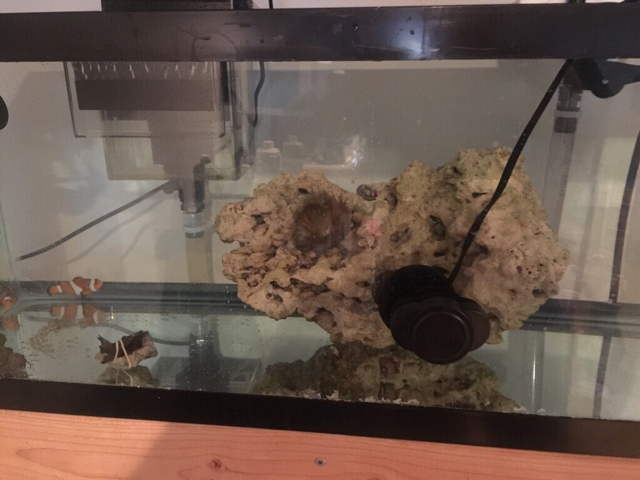 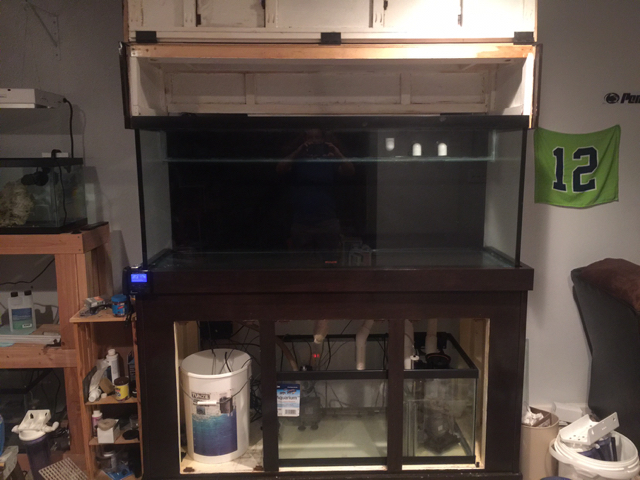 New rockscape (did bleach and acid bath the rocks) 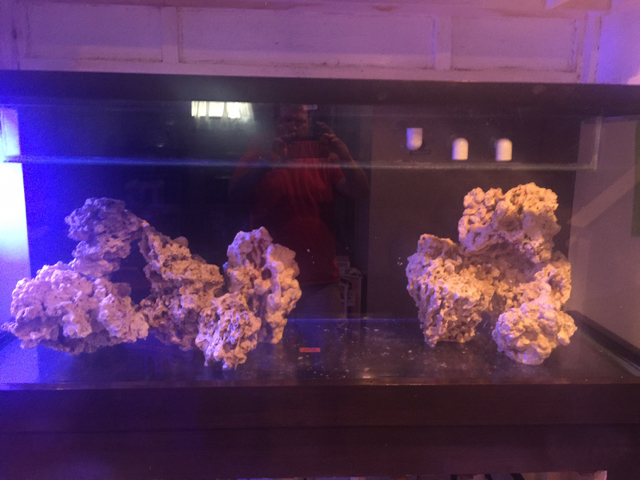 Sent from my iPhone using Tapatalk

I have toyed with getting a 6x80W T5 but for now think I will stick with my Photon 48. 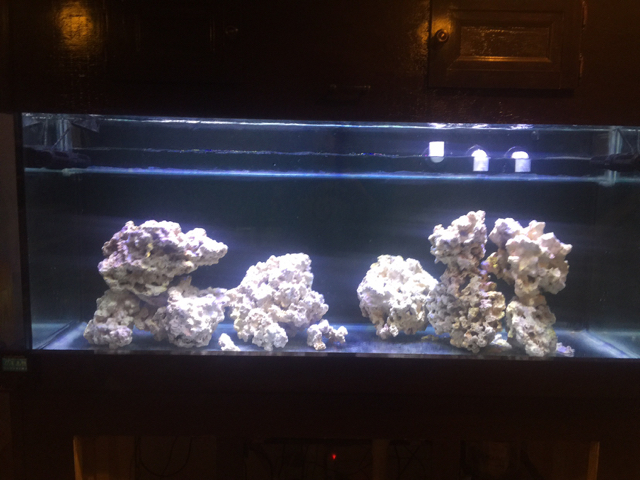 Sent from my iPhone using Tapatalk

Tests this week show that the tank is very close to being ready for first sps frags.

Looking into getting some cheap stylos, digitata, or green skimmer.

One of each would be great but does look like I will be purchasing some small SPS frags from pacific east aquatics to test this bad boy out.

Back to Tank Builds


0 user(s) are reading this topic